AssaultCube is a free, open source first person shooter. That means this FPS is available for MAC, Win and Linux systems. Not only that, its download is roughly 20MB (small for a FPS) and its online support claims to be 56k modem compatible. Bonus.

The name may sound familiar, if so, you may have heard of Cube, reviewed here way back in '04. Just as the fantastic Death Illustrated was based on the same engine which ran Cube (the CUBE engine), so is this. 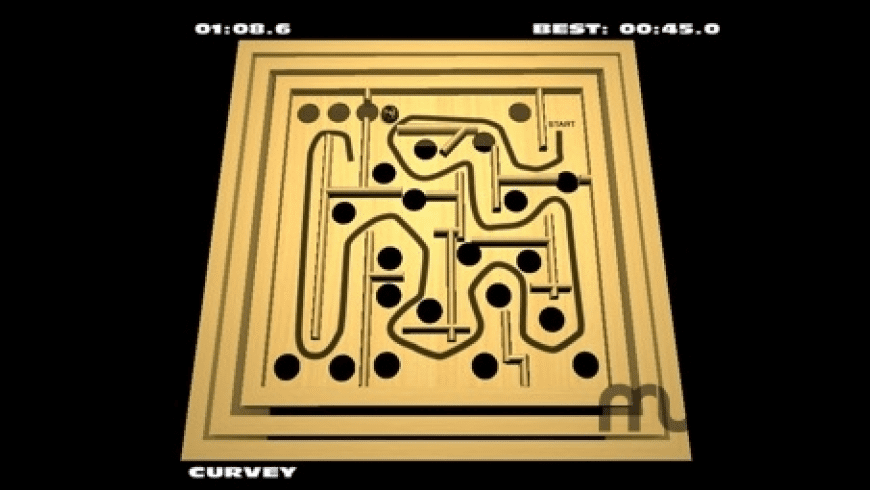 The main focus of the game is online play and as mentioned, that should be relatively easy to become involved in for most players. There is a single player mode which consists of bots in place of networked players. This is a good place to start when getting a feel for the game. The bots have five levels of difficulty ranging from Bad to Best and you can play against up to thirty-two of them.

If the included levels, for both single and multiplayer aren't enough, there is an in-built level editor for creating maps in 3D. In all, its quite an impressive package and should definately be a choice pick for a free FPS.

This game is pretty fun. Lots of fragging and fast paced action going on, never a dull moment. There is some downsides however: Your gun(s) doesn't seem to make any kind of sparks or flames like they would. It isn't a big thing but it does make it less realistic. The sounds are a little dull, but people do make mods so you can just go get a mod to fix that up. On the other hand the game is easy to mod and it has good graphics for the engine. There's four guns to choose from (press the B key, or go the esc menu and find weapon select)

Cons
-Bad sounds
-No gun effects when you fire
-When you kill someone, the only way to tell if you actually killed him/her is by looking at the chat box (which is small) so it's hard to tell who you killed.

This game is absolutely amazing. With it's multi player war themes, weaponry, grenades, c4, and much more it takes the users mind off of the bad graphics.

Along with it's friendly moderators, there are friendly players. Half of them cheat, but thanks to the new add-on in the game where you vote to kick other players, we're allowed to kick cheaters ourselves.
This game might become an addiction because it's just 'that great'. This game, however, does have one thing I dislike about it much:
It's uncensored chat. You can say anything on there, which is bad for a young persons and/or a teens mind.

I wouldn't reccomend this game to any child, nor a teen, because of it's 'free-chat'. I do, however, reccomend it's single player mode for the teen. It's quite a game, I never seen one like it.

Yes, you can join a game online in no time and start the OK-quality shooting.

There are mainly two bad things:
-The only way to tell if you killed someone is by looking at the small chat area
-The friendly fire. The team uniforms are very similar, so the only way to tell if someone is a friend and not a foe is to mouse over him and see the cursor change. Friendly fire deals normal damage. Having to be careful and spot the enemies among the friendlies spoils the action a lot.

Don't expect this game to be any better than your 'big' FPS. It'll get boring very soon.

A very mediocre FPS. The sound effects are terrible and the graphics are choppy but the game doesn't suffer from much lag so there's a plus. My biggest gripe with this game is the limited amount of weapons, the retarded CPU A.I., and the absolutely unbearable recoil of the automatic weapons. When you are holding and firing, your crosshairs go straight up and pulling down DOES NOT help. You have to stop firing, which basically forces you to fire in short bursts. If you want a free FPS that isn't too demanding graphics wise, go with CrossFire. 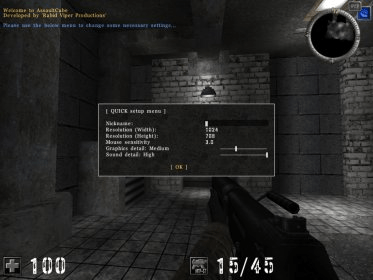 It is a great game in a great little package. Good graphics and fun play. The only problem is it dosen't have a start menu, it starts right up into the game and you control it from the 'esc' button, but this did not alter my opinion of the game. It has good options and I like to set the opponents skill low and opponents numbers high and just go crazy with a shotgun =) Download this game now and enjoy. 15/10

Firstly, be warned. This game technically is no longer playable on PPC as the download now leads to a newer version which only runs on the Intel CPU and after a long search, I couldn’t find the old download. Also, I tried to put it up for download on Mediafire, a downloading website, but it rejected it with a error message. I sent a support ticket but no answer has come even after more than 1 month. I also tried sending it to Dani (commentor of this post) by e-mail but again, there was an error, which wasn’t the file size. I apologise for any inconveniences caused.

Some of you may know this. This is NOT a demo, it is 100% free just as Tremulous. Basically, it’s like less popular Call of Duty. The singleplayer is rubbish, it has nothing though I have heard some rumours that you can activate some drone ennemies. The main part of the game I would say is multiplayer. Once on, press esc. there you can change weapon according to the map you’re playing on, change suit (asthetics) and select multiplayer. Wait for the servers to load then choose a popular one (15+ is reasonable, you may find some at 40+ but then it’s a little busy.) and play (ps. snipers shoot straight. I’m not sure if other weapons are affected by the notion of gravity) Choosing a reasonable weapon is EXTREMELY important. Don’t just choose a random weapon, choose one according to the map. like a maze would we a sniper if you can walk on it or a shotgun/carbine (carbine is less damage but faster shotgun basically). The controls are either found in the options or here: http://assault.cubers.net/docs/basics.html if it doesn’t work type in google “assaultcube controls” and try other sites.

Official site (its bugging now but try yourself it may work): http://assault.cubers.net/ *UPDATE*: The download no longer runs on PowerPC, as the link leads to a new version. I still have the version for PowerPC which I promise I will soon put for download myself.